In the first part you've learned about a tool called uMap. For some use cases a static map is enough.

OpenStreetMap is however very much alive and changes every second. You may want to reflect those changes in your map. Real time requests aren't feasible with current OSM state. If you try to send too many of them, you may end up with a ban on Overpass servers.

Let's say you'd like to update the map nightly, which shouldn't be too hard on Overpass.

Where to for lunch?

My goal was to display all restaurants where I can eat in the region I live. I wanted to filter for places which serve plant-based menu and display them on the map. This way I not only know where to go for lunch, but also have a visual clue when it comes to updating non-existent places.

Let's see how to proceed with such a map.

At this point you know:

Automate the process and set it to ask for data periodically, every night.

Git scraping for the rescue

You need a machine to perform some actions in the middle of the night. The actions contain:

Where to store data?

For small data samples (like restaurants in your city), GitHub can be a place of choice. Just remember, GitHub was not designed to be free database. It won't let you store too much data in a repository.

How to request data?

There is a technique called Git scraping shown by Honza Javorek on one Pyvo.

GitHub provides a tool called GitHub Actions which you can set up to perform various tasks for you. Like for example... calling an API request and, in case the response file is changed, commit it automatically to a repository.

If you're reading this and struggle with terms like 'repository' or 'commit', consider learning about Git basics first, for example here.

How to get a valid URL to send requests?

Once you've built an Overpass query that satisfies you, look for Export option in the menu. Then find Query and click on compact in Convert to... option. A new pane with the query will open. Copy the displayed query and try it in another tab. It should provide JSON data - you're set.

To make things as easy as they can be, let's use bash command curl to make a request. curl will take a URL to call as an argument, and the output will be directed to a file, like this:

The actual example is a bit longer, mainly because API parameters in Overpass are quite verbose. Check my script run.sh. I call for 4 sets of data with 5-minute breaks in between.

The process of calling and storing takes place automatically. See my configuration file in scrape.yml. Let's ignore Python rows as they are not necessary for this project. The configuration says that each day at 2.15 AM an Ubuntu machine copies the code from my repository, executes the run.sh script and in case the files have changed, commits them to repository as user Automated.

So the script runs every night but it commits now and then - when someone changes the restaurant's data. The big benefit is I can track changes to the date.

As a result there are several JSON files in output folder. Let's connect them with the map!

Point the map to remote data

Pasting data to the map as it was shown in the previous post isn't the right way here.

I want to display different layers of data (100% plant-serving places, places with some options...- one layer per each JSON file from my repository). For each layer I want to set different color and properties. This is achieved by setting Remote data in Layers. 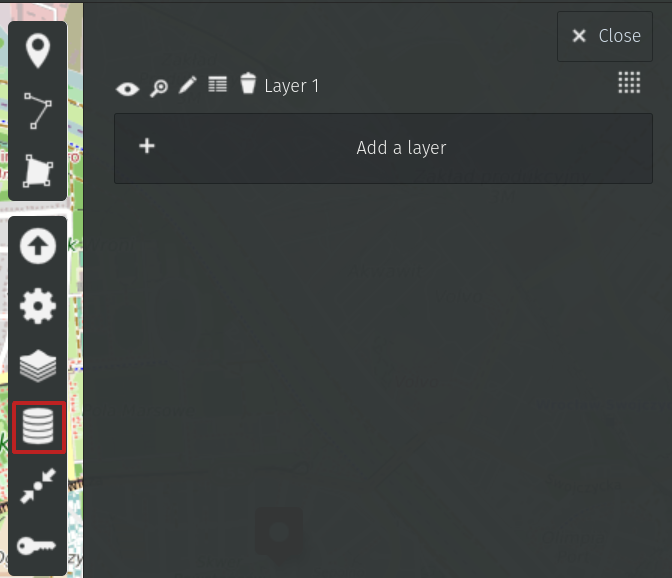 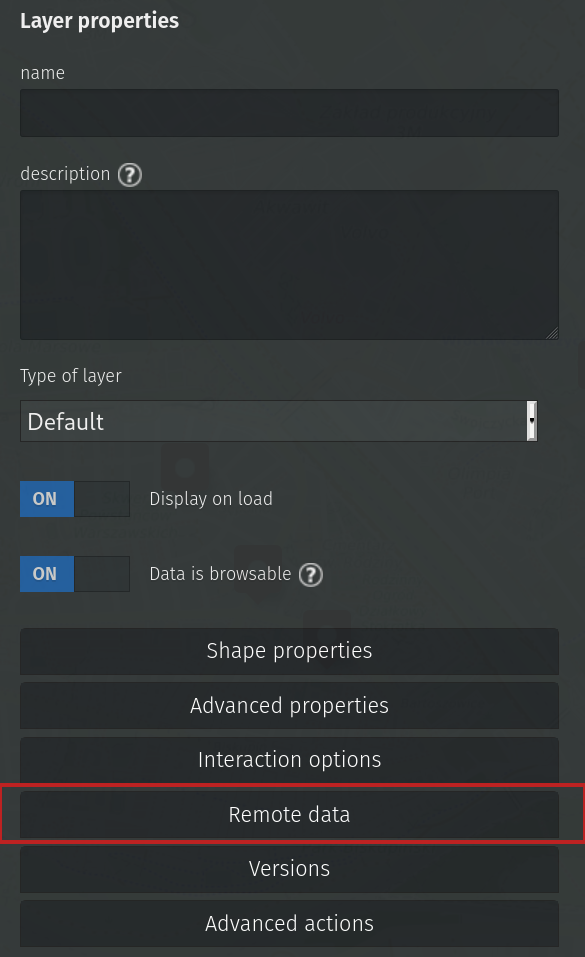 There is a field for URL with data. That's great. As it happens, we have an accessible remote storage of the data - we only need to paste the URL to raw data, so that uMap parses it correctly. You'll get the raw data by clicking on the respective button. 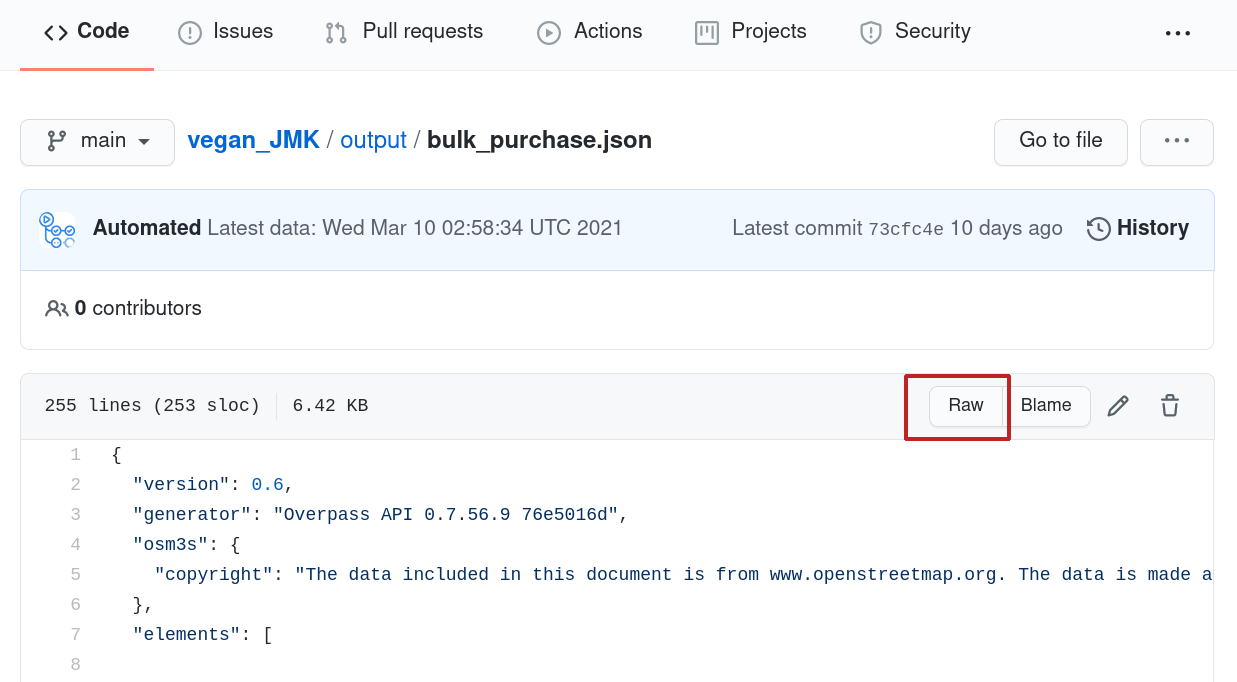 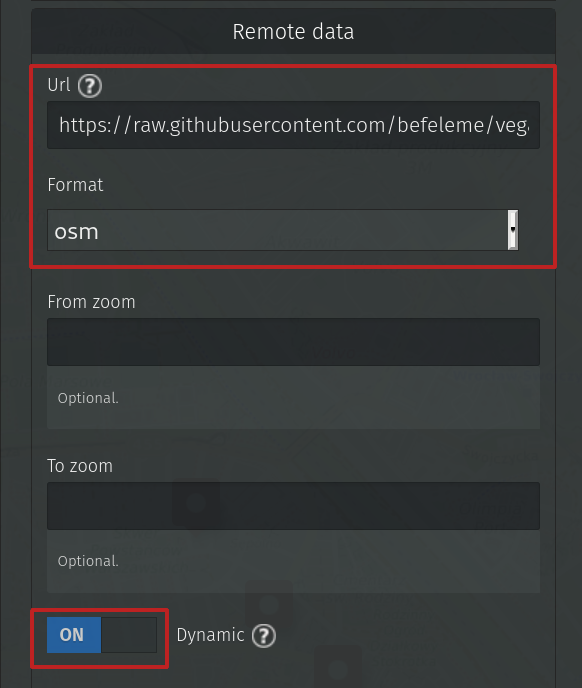 One layer of data is imported and, what's more, it will be updated every time someone changes underlaying information.